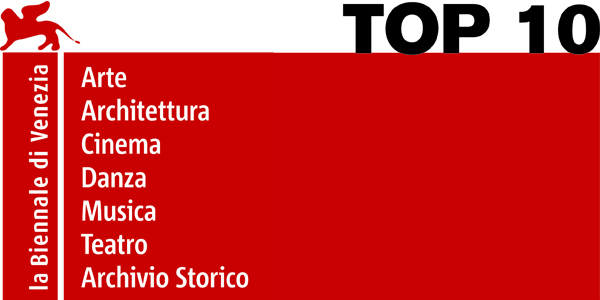 My Top 10 selections from the Venice Biennale:

1. Christopher Williams, From Angola to Vietnam: The series of black-and-white gelatin prints from 1989 document the collection of glass replicas of botanical specimens produced between  the late 19th century through to the mid-’30s , and in the collection of Harvard’s Ware Collection, present an alternative taxonomy based on a political history informed by a colonial past. The elusive, Blossfeldt-like nature of these luscious, small-scale images are a revelation to those more familiar with Williams’s more recent color work, even if the characteristically critical latency of the work is palpable.

2. Fischli and Weiss, Suddenly This Overview: Although I have seen  this work on numerous occasions, the curatorial and physical context for its presentation which placed the viewer in a situation of inescapable encounter was irresistible in its immediacy, its wry humor, and its creative truth.

3. The paintings of Varda Caivano were compelling in their diaphanous abstraction and the perfection of their relatively small format.

4. Danh Vo is a master of the part-object and the absent form to give form to meanings that encompass history, cultural economies, and ideology. His installation of the architectural and interior elements of colonial era church transported from Vietnam to the Arsenale is a highlight of the Biennial.

5. After passing through the visual and conceptual density of the exhibition in the Arsenale, Pawel Althamer’s Venitians, a fabulous social portrait composed across space of figures made from cast faces of immigrant works in Venice atop an armature swathed in robes of liquid plastic, offers a physical and mental release akin to being lost in the streets of Venice before coming upon a vast, open campo.

6. Trisha Donnelly presenting the same work—a monumental carved form in pink marble, with the promise of an aural form to accompany it—in the same location of one of the old buildings behind the Giardini die Vergine was a glorious punk moment amidst the largely well-behaved Biennial.

7. Mattias Poledna’s  Imitation of Life in the Austrian Pavilion was one of the most conceptually rich and visually luscious work that you want to see many times over.

8. Koi Tanaka’s work for the Japan Pavilion is a poised parcours through the material realities of everyday life confronted with the post-traumatic condition of natural and man-made disaster. The relative lightness of the artist’s approach to the pavilion, highlighting both the remnants of its past presentation of the architecture biennial, and the recuperative necessity of the ruin which served as supports for the presentation of various collective situations around daily activities orchestrated and documented by the artist, offers a profoundly thoughtful vision.

9. The Kamikaze Loggia, a collaborative project by the Bouillon Group, Thea Djordjadze, Nikoloz Lutidze, Gela Patashuri with Ei Arakawa and Sergei Tcherepnin, and Gio Sumbadze, which serves as the Giorgian Pavilion, is a lucidly fresh approach to the pavilion structure as parasitic device that functions as a literal and cultural window, and functioning place for reflection and spectatorship.

10. The Iraq Pavilion is a jewel of a presentation in a small palazzo near San Tomà, in which the works of artists, including Abdul Raheem Yassir, Jamal Penjweny, and the artistic duo called WAMI, are presented as modest gestures of improvisation that speak of a country coming to terms with its recent history through the everyday. The relative gentleness of the works and their installation is extraordinarily resonant in the context of the extreme conditions which press on all aspects of Iraqi  life as we know it through news and media coverage.  Books on Iraq, the history of the war, and the politics that have nourished it which are read on sofas in the cushioned environment replace the  visual rhetoric of violence and trauma that have become standard fare for national representations of art from war-torn places.  The desire to sit, to look, to read, and to reflect is overwhelmingly irresistible, and the work of the artists speaks to us of culture and humanity, and of the simple gestures and accoutrements of life as aspirational.