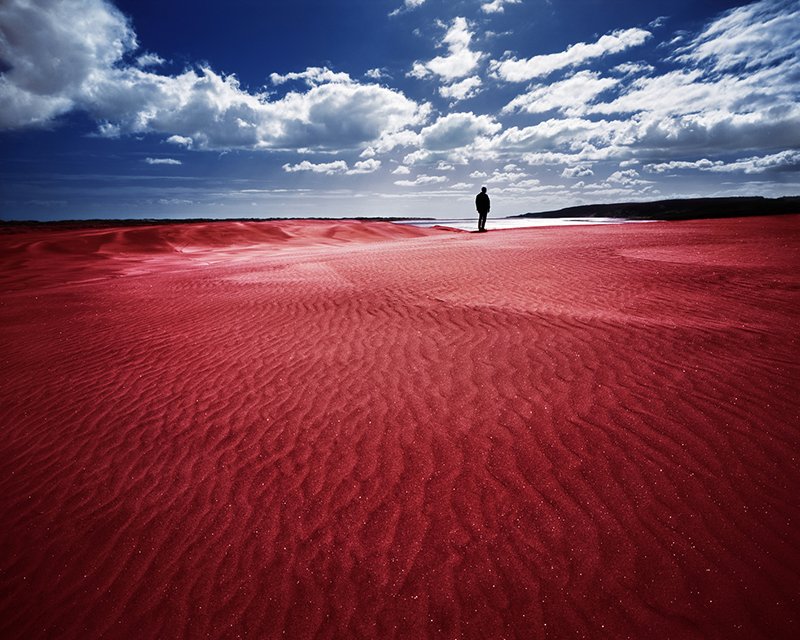 Isaac Julien came to prominence in the early 1980s as a founding member of the Sankofa Film/Video Collective, one of the first workshops in the UK to explore new ideas of representing black identity. From his critically acclaimed documentaries Looking for Langston (1989) and Badasssss Cinema (2002), to his multi-channel installations such as Baltimore (2003), Isaac’s work combines dreamlike rhythms and lush imagery in stylized narratives. His films subvert the cinematic gaze to address stereotypes of masculinity, race, and sexual difference both head on and metaphorically. During his 1999 Artpace residency he wowed Texas with The Long Road to Mazátlan, which has now screened internationally and was the centerpiece of his Turner Prize nomination in 2000 and at Documenta 11 he took audiences by storm with Paradise/Omeros.

This stunning, limited-edition photo object represents Isaac Julien’s first major photographic work in almost a decade. Dedicated to the memory of Linda Pace, Dreaming Red is a large but slim light box that uses state of the art LED technology to illuminate a breathtaking photograph taken from True South, Julien’s latest body of work made in New Zealand.